Pistachio in Spain, varieties and care

The pistachio is one of the crops that most uses plantae technology, which is why we are going to dedicate this article to the pistachio trees. At Plantae we are dedicated to the design, development and marketing of wireless sensor technology for saving water, improving production and crop quality.

Plantae does not sell plants or advise on the variety or type of pistachio to be planted in your area or region. However, we are going to detail information on the pistachio in Spain, its varieties and its need for irrigation control with sensors. 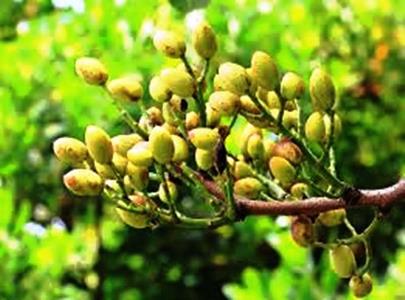 Pistachio cultivation in Spain depends on several factors, which is why not the entire peninsula is suitable.

The following map includes all the options and gives us the ideal areas for pistachio cultivation in Spain.

Orientative maps of the ideal areas for pistachio in Spain according to several factors:

Data from the book “ the pistachio cultivation” by José Couceiro and other authors from the El Chaparrillo Center, with which Plantae collaborated and tested its humidity sensor technology in 2017.

However, that does not imply that in other unsuitable areas there are no pistachios, as is the case in Lleida. Studies are also being carried out in other communities with conditioned adaptation given the high market demand for this product.

It is also convenient to take into account the type of soil as we can see in the following graphs.

Ideal land for pistachio in Spain

Depending on the climate and the area, we must choose where to plant. The best plantation options for pistachio in Spain are:

How is the pistachio planted?

When our plants arrive, we must treat them with great care:

As it is an anemophilic plant, pollination with the wind, they will be planted six or seven meters apart from each other (planting frames 6 × 6 or 7 × 6), alternating females (2 or 3) and a male, taking into account whether the plantation is affected by the north wind. We will put more male pistachios in that area, also around the edges.

Once we have the plant growing we will not have fruit in about 5 or 6 years. During this time it only needs nutrients, irrigation and pruning >. Then we will approach the full harvest around the tenth year according to variety and type of irrigation / rainfed.

It is a plant that needs heat in summer, but it benefits from controlled irrigation , without waterlogging, that is why plantations are interested in humidity sensors to control irrigation.

As for pruning, we have several growth cycles of the tree until it bears fruit.

Now to wait for the fruits and the harvest to arrive.

One of the best ways to fertilize the pistachio is to leave the stubble and crushed pruning remains as a cover. While providing nutrients, they serve to store moisture.

Also remove the earth around the trees a couple of times a year at least, in order to oxygenate it and bury the undergrowth.

Once we see that the fruit is ripe, it is harvested with machines or by hand.

It is transferred to the processing plant and the pistachio must be treated within 24 hours, otherwise it runs the risk of catching mold, staining the shell and losing all quality.

The phases of the process:

Winder: Machine with air flow that separates the voids by their weight.

Spotting : mild, moderate, severe or maximum. It is produced by fungi or by oxidation.

The voids and shells of those that are stored peeled can be used for fertilizers.